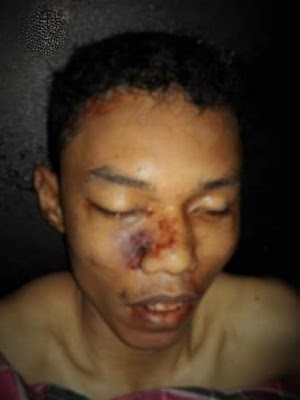 Security is still a major concern in the country’s easternmost region with many civilian groups and security officers participating in fatal shootings.

The National Commission on Human Rights (Komnas HAM) said on Thursday that so long as criminals in Puncak Jaya, Puncak and Lanny Jaya possessed guns, security in the region would remain fragile.

The commission’s Papua chapter head Frits Ramandey conveyed the message in Jayapura in response to the increasing number of civilians being shot and killed in the region.

For the past month, two civilians have been killed by armed civilian groups. Simon Arukbaru, 36, an employee of PT As Jaya, was shot while working on a road construction site in Kome subdistrict, Malagaineri district, Lanny Jaya, on Aug. 22, while Ezra Patatang, 27, a teacher at Dondon Baga elementary school in Mulia Puncak Jaya, was shot on Sept. 12.

“The shootings were pure crimes. They have nothing to do with the Papua separatist movement,” Frits said, adding that firm legal action needed to be taken to deal with the cases.

He said the Puncak Jaya administration had on several occasions held ceremonial events to reduce the presence of armed civilian groups in the region by asking them to embrace regency development. However, they have been unable to stop violence involving guns.

Frits also expressed concern over the situation ahead of regional elections to be held in Puncak Jaya in February 2017. “The guns could be used to intimidate civilians ahead of the election,” he said.

Separately, social and political observer Marinus Yaung of Cenderawasih University said the shooting of the teacher in Puncak Jaya had suffocated Papuan civilization as teachers traveled to Papua expressly to educate Papuans.

“If teachers are killed, can parents teach their children on their own?” Marinus said, adding that teachers and other humanitarian workers visited the region to help break down the isolation of the area.

In a separate case, five members of the Papua Police’s mobile brigade (Brimob) have been detained by the police’s internal affairs division in regards to the death last month of Otianus Sondegau, 15. Otianus was allegedly shot by police officers.

Papua Police chief Insp. Gen. Paulus Waterpauw said the five were detained because they were the officers who had rifles that could shoot from a distance. “Otianus was killed by a long-distance gunshot,” he said.

Paulus said that a day after the shooting, Papua Police deputy chief Brig. Gen. Rudolf Rodja had directly led a team to Sugapa to investigate the case. The team found indications that the victim had been shot from a distance with a rifle.

Frits, who was also commanded to investigate the Sugapa incident, found indications of violations of human rights because the five Brimob members carrying the rifles committed the shooting under command.

Frits said that during a semi-reconstruction process, Komnas HAM found that the group commander was with the five Brimob members during the shooting, meaning that the shooting was committed with the commander’s knowledge.

He said his side had been pushing the police to conduct a ballistics tests to ascertain where the bullet that hit Otianus had come from, arguing that the semi-reconstruction suggested two suspects.

Other discoveries, he said, included the burning of the Sugapa Police precinct following the shooting of Otianus and the fact that before the shooting had been committed, the victim and his friends, who were under the influence of alcohol at the time, had blocked a road and asked for money from passersby.

News, Views and Reviews for the 55+

Education and inspiration for visual storytellers

Without peace, there is little hope for human rights

Bringing you love through spirit!

where your mind bloom under the bright blue sky

Some stories just want to be told: healing and wholeness in everyday life

- the literary equivalent of sex with a clown -

A Podcast About the Writing Life

This is why I hate intellectuals

Leap Out of the Deep and Sing

Papua Indonesia - One People One Soul

A daily selection of the best content published on WordPress, collected for you by humans who love to read.